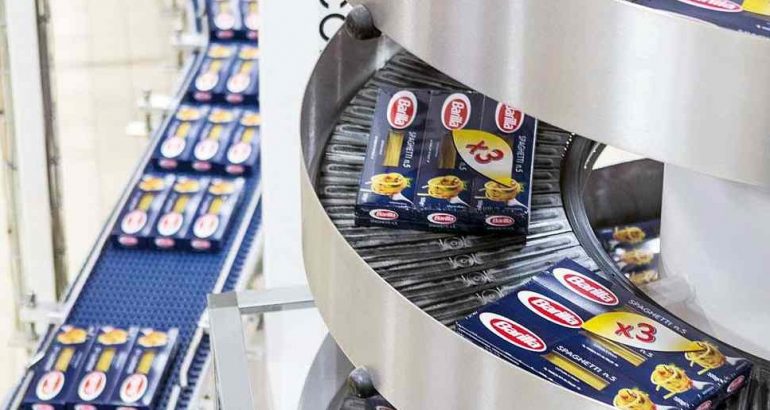 Barilla is feeding the world with its pasta and to bring Italy to the world. Its uncompromising quality, Mediterranean lifestyle, sustainable approach, and wholesome nutrition are the ingredients sustaining its growth. Bühler has supported Barilla's production and internationalization efforts for decades - and Swiss values have played a key role in this.

Great brands are like powerful lighthouses that beam their light out into the turbulent seas of globalization. At a time when things are changing at breakneck speed and becoming more complex, their clear position makes it possible to navigate the seemingly infinite choices we have as consumers.

What should I wear today? What should I brush my teeth with? What car should I drive? What perfume should I put on? What pen should I use? And, quite fundamentally: What should I eat? What tastes good, and what is good for my health?

The Number of Barilla’s largest Grain Mill: 1,000 tons of pasta per day

In Parma, Italy, stands a lighthouse. Like no other, it fills the pasta universe with light: the name is Barilla.

The 140-year-old, family-owned, fourth-generation company is the undisputed global leader in the field of pasta.

Parma is the home to the world’s largest pasta process production plant.

This plant can produce about 1,000 tons of pasta per day, and Barilla’s largest grain mill, which grinds around 1,000 tons of durum wheat into semolina, the raw material for making the pasta.

This is enough to feed 5 million people every day.

If Bavaria stands for beer, Scotland for whisky, France for champagne, pasta has become synonymous with Parma.

Uzwil, Switzerland, is not too far way.

“With our pasta, we carry a bit Of the Italian lifestyle out into the world,” says Antonio Copercini, Chief Group Supply Chain Officer of Barilla in charge Of global production. When you bite into Barilla fusilli spiced with pesto, you cannot help but feel the balmy breeze blowing in from the Mediterranean; you think ofthe gentle rolling hills of Tuscany, or hear excited voices shouting “Mamma Mia” and Vespa scooters clattering down alleyways — while all the time knowing: What I am eating is delicious and healthy food.

True, Barilla’s current portfolio includes much more than pasta. Sauces, bakery goods, and restaurants are also part ofits business. Yet the pivotal products of this global food giant with over 8,000 employees, 28 production sites, and sales revenues of EUR 3.6 billion in over 100 countries remain spaghetti, penne, farfalle, fusilli, bucatini and others. Of the roughly 600 different pasta types that exist, Barilla carries about 200 in its product range.

Quality pasta for the key regions of the world

Since the nineties, Guido, Luca, and Paolo Barilla members of the founding family’s fourth generation, have been the driving forces behind the globalization effort. “We had realized that quality pasta is unknown in key regions of the world,” says Copercini. In order to develop these markets, Barilla started building its own production sites there — grain mills and pasta lines. “We were aware of the fact that we had to be present locally.”

In 1998, pasta process production was launched in America. Starting at zero, the market share of Barilla now stands at 34 percent. Encouraged by this triumph, the company entered the Russian market in 2012, and growth ofthe Parma-based pasta producer has been even more pronounced in the East than in the West: Within just a few years, 12 percent of all quality pasta there was being made by Barilla. The success in both America and Russia has already called for the construction of additional factories and the expansion of existing ones.

Bühler and the Partnership with Barilla

This is where Bühler comes in: For over 50 years, Bühler has been one of the most important solution providers and equipment pasta process production suppliers to Barilla. The first pasta line was ordered by Pietro Barilla in Uzwil, and the company’s mill in Parma is equipped completely with Bühler machinery. Today, Bühler is a trusted partner serving Barilla along the entire value chain. As the supplier of durum cleaning equipment, optical sorters, roller mills, sifters, and pasta lines, Bühler is part of the Barilla success story. “Bühler’s competence in providing solutions is a crucial factor for us,” Copercini says.

Barilla has chosen Bühler as its pasta process production supplier for its new pasta factories and expansion projects. Seven of the 11 new production lines that it installed in the past six years were supplied by the Swiss Bühler Group: two pasta lines for entering the Russian market in 2013; the launching of gluten-free production with two lines in Ames, Iowa in the US in 2014; a large short-goods line for expanding the capacity in America in 2017; and in the same year the expansion of production in Russia by two additional lines. “Bühler has made a substantial contribution to our expansion efforts, and we are glad to have such a competent and dependable partner at our side during these ambitious projects,” says Copercini. There are many reasons for the close partnership between Barilla and Bühler:

Bühler possesses unique technology and process expertise, from grain handling and cleaning, optical sorting, and grinding to the actual pasta process with its mixing, shaping, and drying stages. This enables Barilla to implement complex turnkey projects with Bühler as a single source.

The focus on sustainability and healthy food requires permanent adjustment and innovation capabilities both on the part of the pasta producer and the process technology supplier. Take gluten-free pasta as an example: Bühler identified this trend at an early stage, responding to it by rolling out the appropriate extrusion technology based on the Polymatik pasta press. Because the raw material lacks gluten as a gelatinizing agent, the native, gluten-free raw material undergoes hydrothermal treatment in the polymatik.
Or consider energy efficiency: In order to reduce energy costs and to increase the sustainability of production, Bühler has developed dryers that use up to 40 percent less energy. Another instance is digitalization, exemplified by PastaSense, which was launched at the Ipack-lma trade show in Milan. It is equipped with sensors capable of continuously reading and saving the characteristic data of both the raw material and the finished pasta. The added value that this generates is complete production monitoring for quality management as well as automatic data capture.

Managing complex projects such as the construction of a completely new factory, in which the deadline for completion and commissioning must be met to the day, is anything but straightforward. Today’s supply chains are globally organized and must be expertly managed. Reliable partners and careful project execution are then needed on site for installation. With Swiss precision, Bühler succeeded in meeting Barilla’s ambitious deadlines every time. For example, this allowed the Ames plant to package and deliver its gluten-free products without any problems from day one. “This was truly powerful performance that cannot be taken for granted,” explains production chief Copercini.
The steady growth and the outstanding reputation of Barilla are no coincidence. “We are uncompromising when it comes to quality,” says Copercini. This means that no matter where around the world you buy a pack of Barilla pasta, you can be sure to always get a product of a light yellow color without any discolorations or specks, an “al dente” bite with a fine wheat-like taste, and consistently high nutritional value — or in other words: protein content.

Good for you, good for the planet

Recently, the pasta-maker’s focus on sustainability and healthy food has also proved to be a valuable asset that customers appreciate. Barilla introduced gluten-free and whole-grain products a long time ago. Now it is launching an entirely new product category: pasta made from pulses. At the same time, the company has reduced the salt and sugar content of over 300 of its products and slashed the carbon emissions of its production plants by almost one-third.

“Good for You, Good for the Planet” is Barilla’s purpose — and this is no mere advertising statement, but the company’s credible corporate philosophy.
Thus, the association between Barilla and Bühler is far more than a simple, matter-of-fact business relationship. “There are so many things that connect us,” says Copercini, referring to tradition as a family-owned companies, value-focused corporate cultures, quality orientation, sustainability — and passion. “These provide a sound basis for us to continue our shared success story far into the future,” says Copercini.

The History of Products – TRUSTSPARENCY™ from producer to consumer

Company insights for you

Just online for you...

Swirling high-proof liquor through the air and elegantly swinging the shaker: Bartender “Toni” has mastered ... 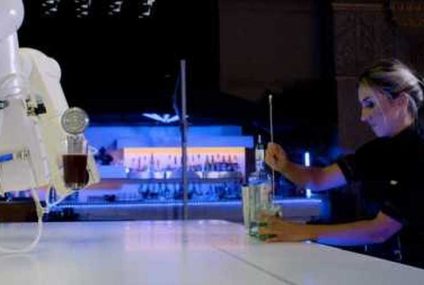 2021: The Year of Service Robots for IFR 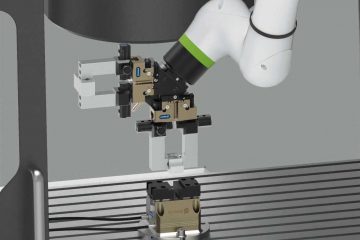